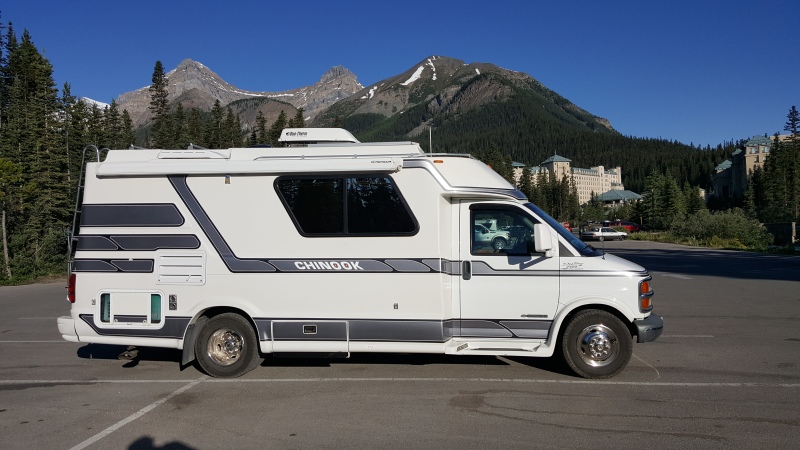 Back in July, when our life couldn’t get crazier, I found this little darling on Craigslist in Abbotsford, BC. 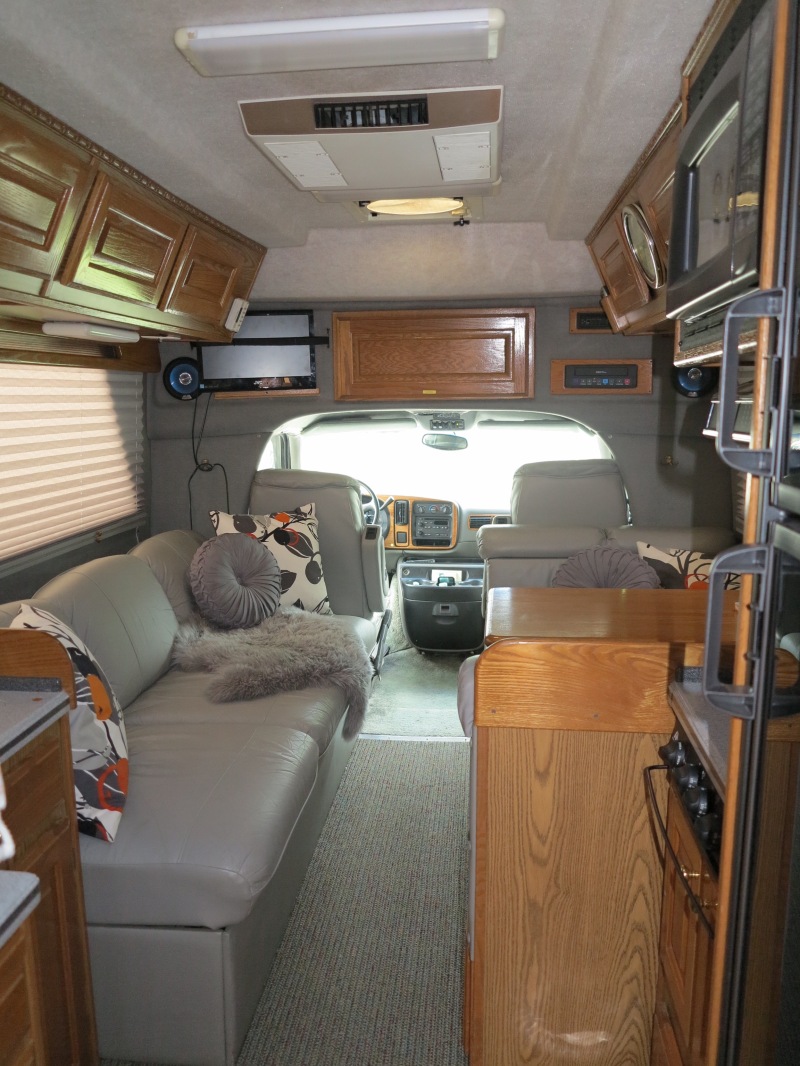 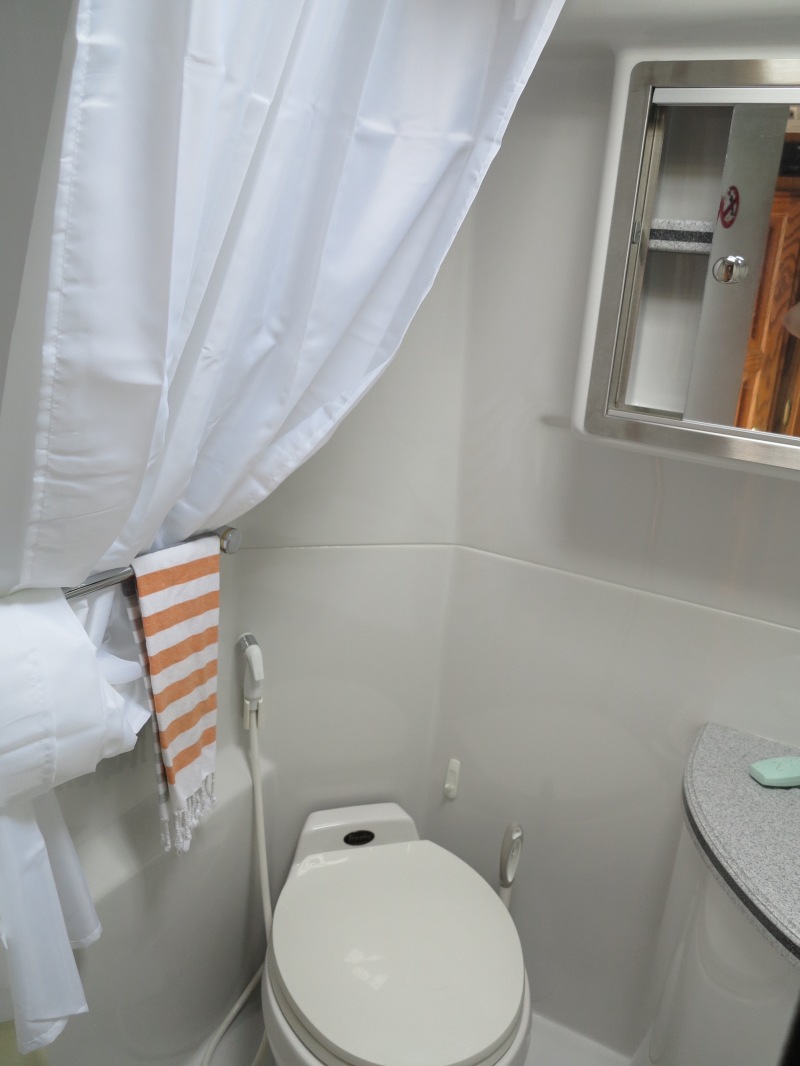 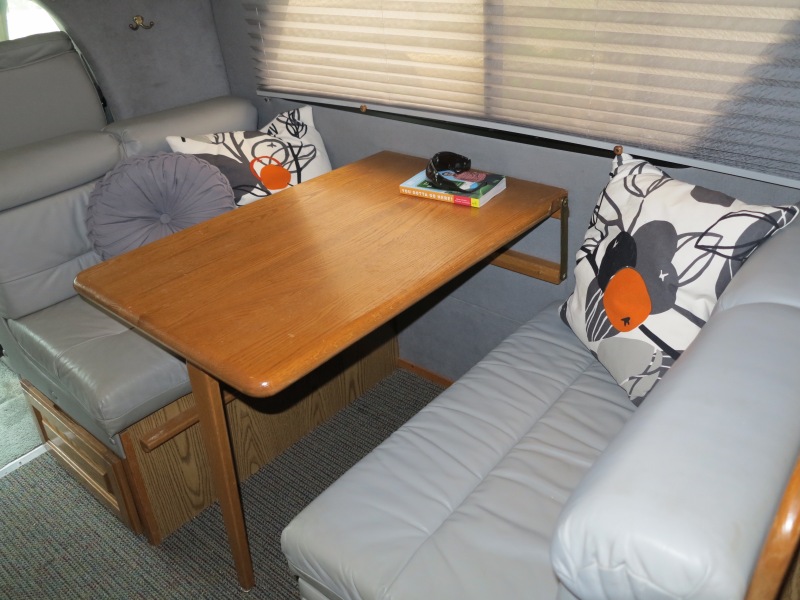 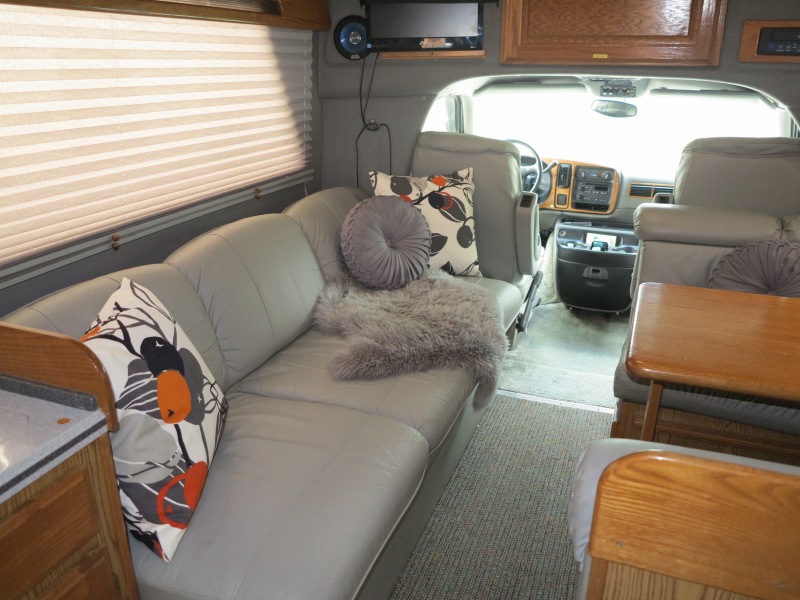 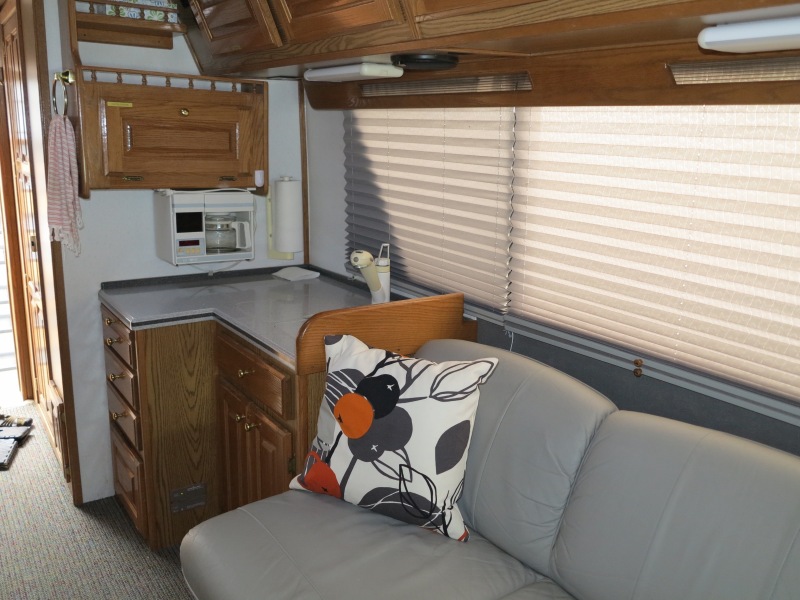 There is a background story, as there usually is.  A few years ago, I started looking for a small motorhome that I could take on summer adventures with the dogs when Paul was working.  I had already decided to practice retirement by taking summers off.  Yes, I could take the Airstream, but it was too much trailer for me to take alone.  The thought of backing it up by myself frightened me.  Yes, I did take my little boler on solo adventures, but I must admit, I missed the amenities of my Airstream.

About 3 years ago, I narrowed my search to a Vixen.  One day, I was driving to work early in the morning.  Thank goodness there wasn’t any traffic, because I got totally distracted by what looked like a massive Delorean.  I had just enough time to catch its name.  I even joined the Vixen Owner’s Association to help me find one.  I wrote about meeting a member of the club here:  https://atomicpod.wordpress.com/2015/08/24/fox-hunting-and-vancouver/

Alas, I could not find a reasonable Vixen, but I knew I wanted something fibreglass.  Then, I discovered Chinook motorhomes late last summer, and the search was on.  From October 2016 – June 2017, I only saw 3 for sale in all of Canada.  When this one was listed, I knew it was my Destiny (pun intended).  I sent a deposit immediately, and Paul booked a one-way plane ticket to Abbotsford.  It was just as beautiful as the pictures, so he drove it home.  I prefer my wines oaky, but not my furnishings.  Nevertheless, this is a lovely motorhome.

The day after he arrived home, my boler sold, so it was a bittersweet day.  I owned my boler for 19 years, and I feel it contributed to defining who I am today.  The following week, we attended the annual bolerama (Prairie Egg Gathering), but this time with a moulded fibreglass motorhome.

People often wonder if we are going to sell the Airstream.  I believe I will always have an Airstream — maybe not the one we have, but I love Airstreams.  Our current Airstream is a little small for full-time living.  The Chinook is just a fun little getaway B+ van.  However, we have decided to take the Chinook rather than the Airstream down into Mexico this winter.  It will be more nimble.

On December 4, I finished my last day of work.  Student numbers were higher than expected, so I had to return for one final term.  On December 11, we left Saskatoon to start our soft retirement.  Our little Snow Melter will take us away this winter!