When we were at KOFA in December, our black tank filled far too quickly. After one week, we had to leave and dump the tanks. It didn’t seem reasonable since we didn’t dump any dishwater down the toilet like we often do. Therefore, we did a bit of research and discovered that the bathroom sink drains into the black tank, and I wash my hands often . . . very often. Well, that explained that. Lesson learned.

While we were camping on BLM land outside of Quartzsite, we managed to boondock for 15 days before our black tank filled. We left with 35% water in our fresh tank as well. What’s more, after 7 days, I also hand washed our socks and underwear and we still had water to spare. Additionally, we had a heavy rainstorm and collected 2 buckets of water, which I used to wash my hair, bathe, and do some dishes. Success.

Early arrival at the RTR

We have more than enough solar and batteries to last, even when we had rain for over one day. We watched Canadian news every night and kept ours and Sheila’s electronic devices powered. Success. 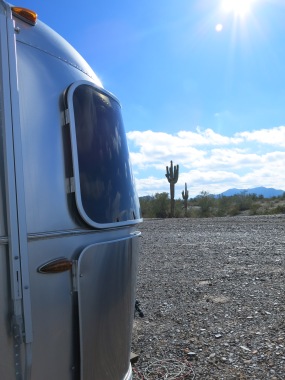 However, not everything was rosy. After one week, our hot water heater died. Again. Even though this trailer is new, we’ve had to replace to circuit board twice already. It is an Atwood gas-electric heater (but Dometic now owns that company). The circuit boards are from China and they are garbage. These water heaters are installed in many RVs and the boards (made by Kunshan Zhongding) are faulty. Fail. Luckily, we are “campers” and know how to heat water for dishes and bathing, but it was disappointing.

Of course, Can-Am RV came to the rescue and had Airstream ship a new circuit board to an RV park in Yuma. By the time we got back to Yuma, we had a new circuit board by a different manufacturer (Channel Products). Let’s hope we don’t have to replace this one in 3 months. We are feeling optimistic. Success. 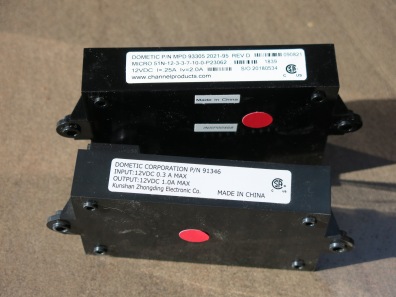 First 2 boards from Kunshan Zhongding, but the 3rd is from Channel Products

The biggest challenge when boondocking is water conservation. Here are our tips:

Here are Bunnah and Kenzie showing their blue water jug: 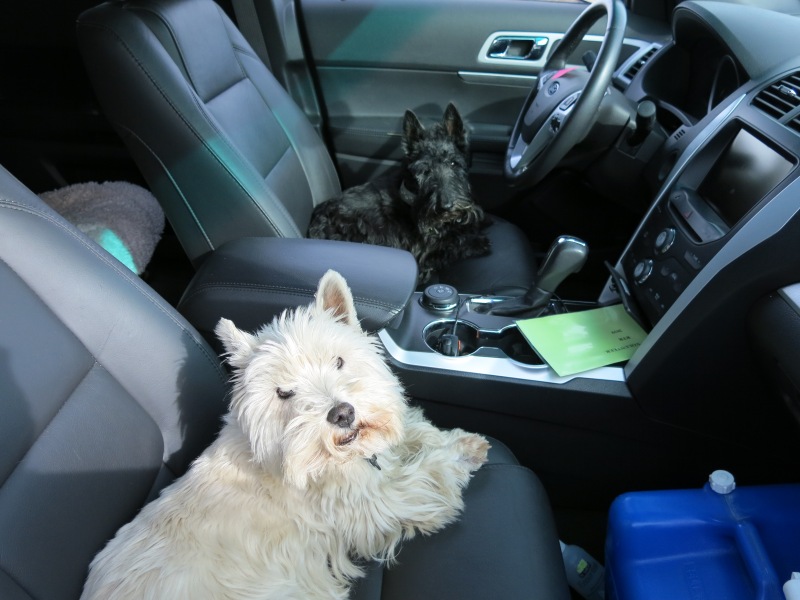 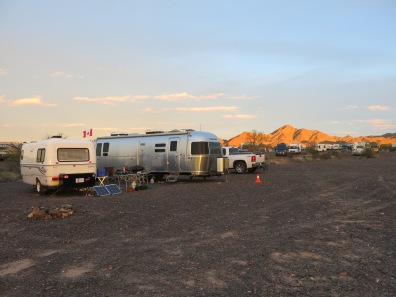 Boondocking is for the dogs. Freedom!

After the RTR, we moved into the town of Quartzsite to meet up with the Airstream club. We enjoyed their company and the full moon. 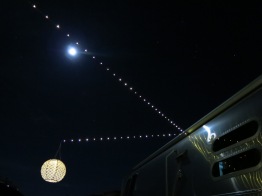 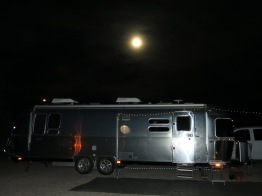 After 2 1/2 weeks of boondocking, we returned to Yuma to do laundry, restock our supplies, and visit family.